The local fishing pool occasionally hosts different birds, mostly Mallard, Black-headed gulls, Canada Geese and the odd farmyard species. But on the odd occasion, and it is only a small urban pond, the lovely Goosander makes an appearance. This morning was one of those moments, in the pouring rain a pair of these superb birds made an appearance, with no kit with me it was a case of turn round and hightail it back for the camera and wet weather kit.

Fortunately they stayed put, so an approach behind the available cover allowed me a good close approach the rain damping my footsteps. it worked as they did not take flight as per normal, so a couple of shots were got before I could get to wet. 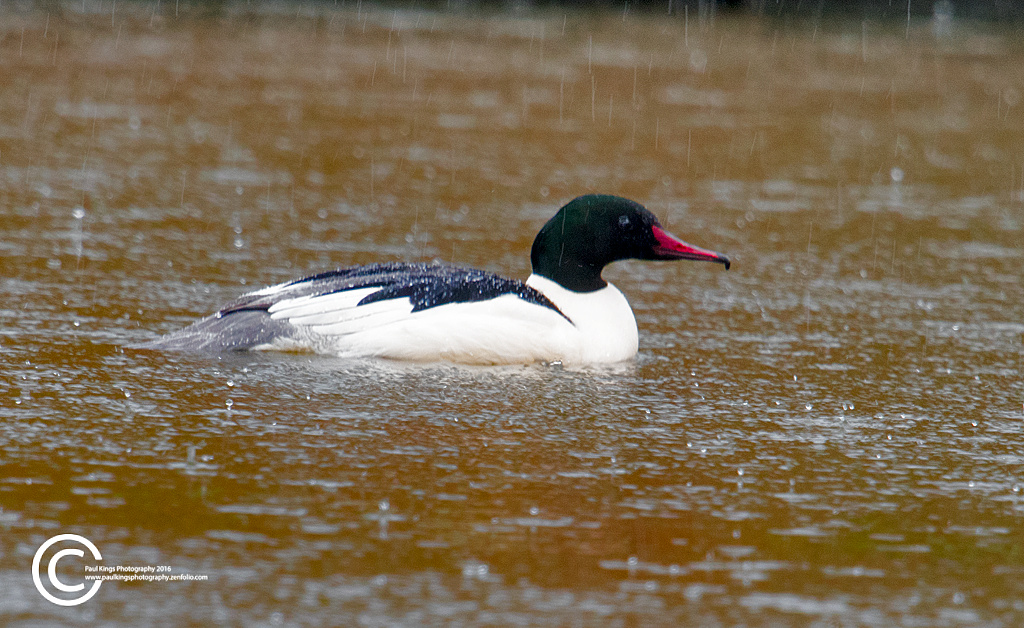 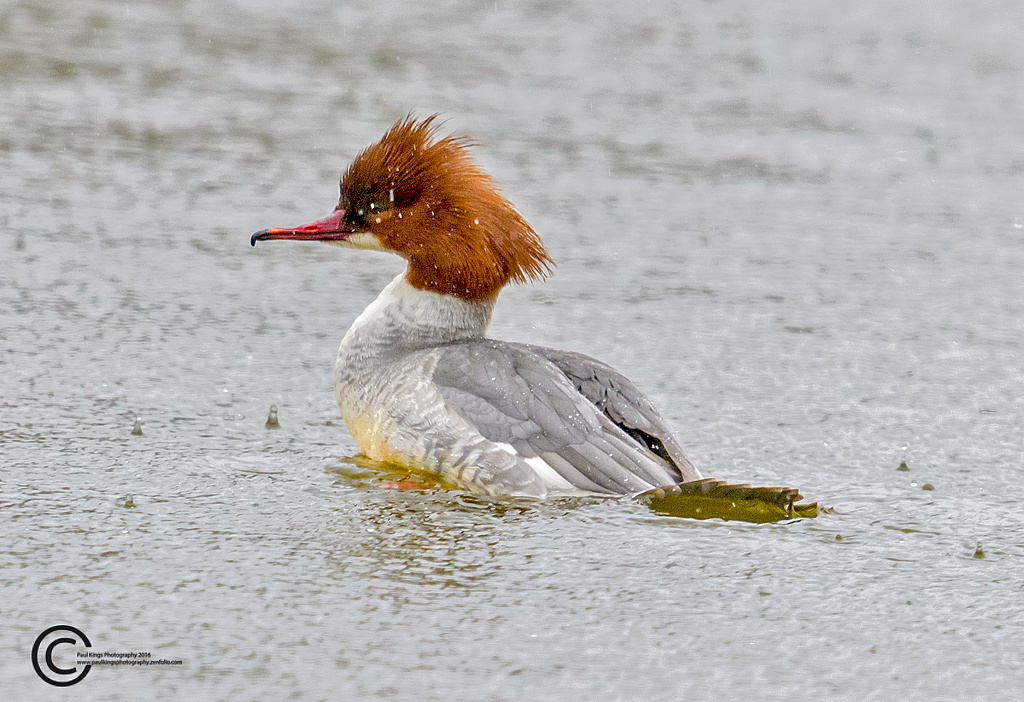 I was happy to get these two together this morning, now there are a couple of other species picked up since the last episode of this blog.

One of those shots that you really have to be in the right place at the right time, Weed Dancing Great Crested Grebes, a fantastic performance to watch and even better when captured on camera.

The next species is also a great one to capture, The Green Woodpecker, more often than not heard and not seen as it calls from somewhere.

Here it is prospecting for a new nest site on this old stump. 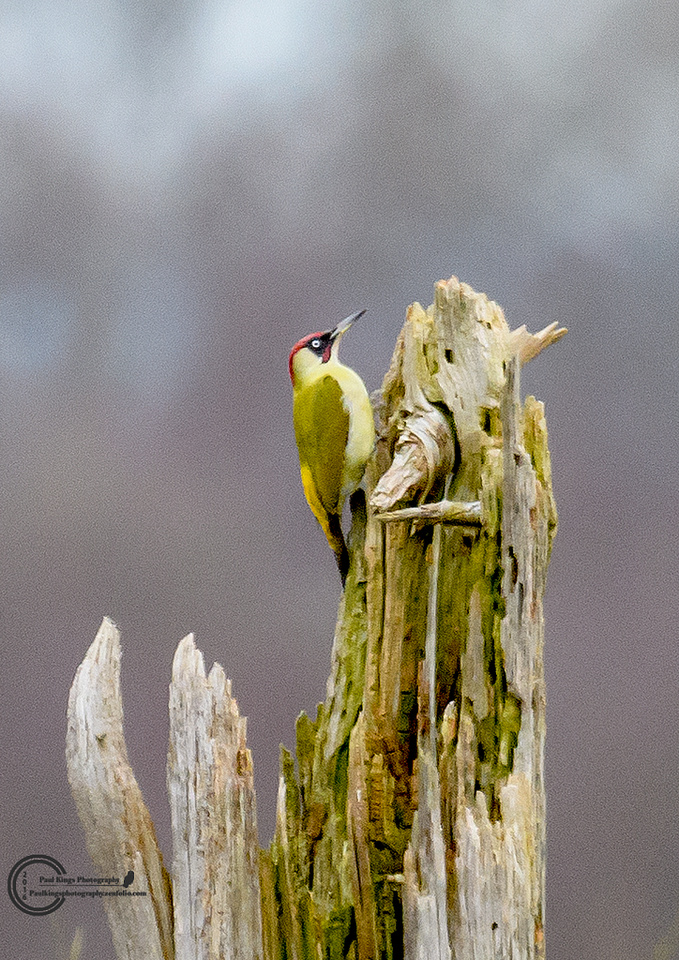 Pleased with this as it was near two hundred feet away and there was a second bird present just could not get them together.

So March is already proving to be interesting and hopefully will increase as migration kicks in fully.