They start to fly in June and July! includes the Emperors clothes

WhiteYou would normally expect in June and July or at least assume, that the sun will shine and all those lovely bugs and butterflies will be on the wing. So having to sit out some pretty drastic weather, wet and dreary was a real pain. So it was clean kit and grab whatever chance came along to get out. The sudden news on the grape vine was of Bee Eaters in Notts, and as they were close by it was a no brainer. Arrival was well early with only a few cars parked up, so kit on and trek down to the site for exciting birds.

They were distant and staying that way as they took foraging flights and not very often failing to catch Bees and other prey. 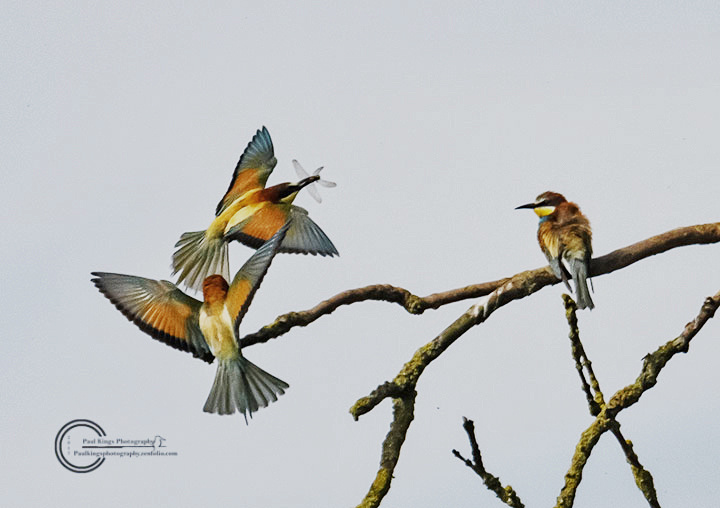 The sky was overcast for a fair portion of the morning but as the light improved they looked stunning. 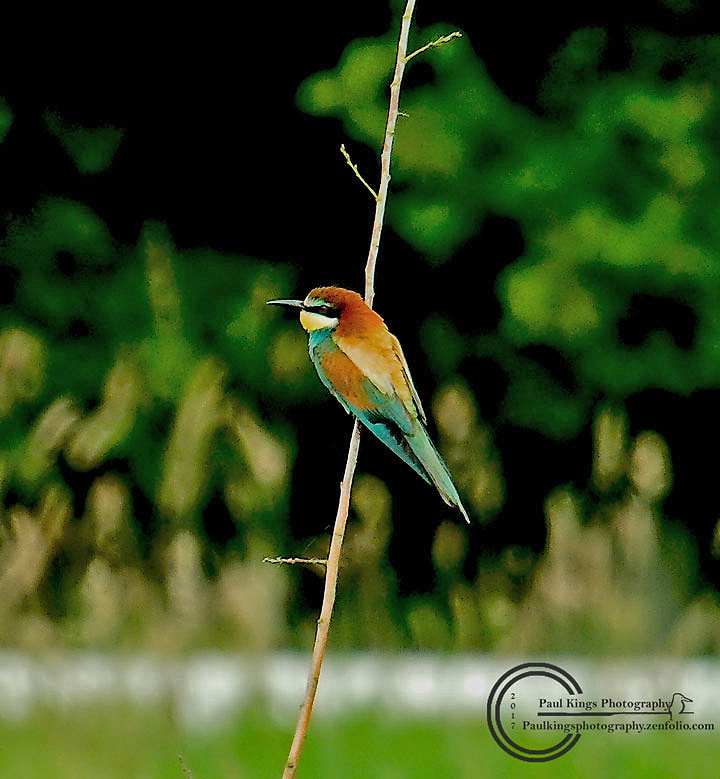 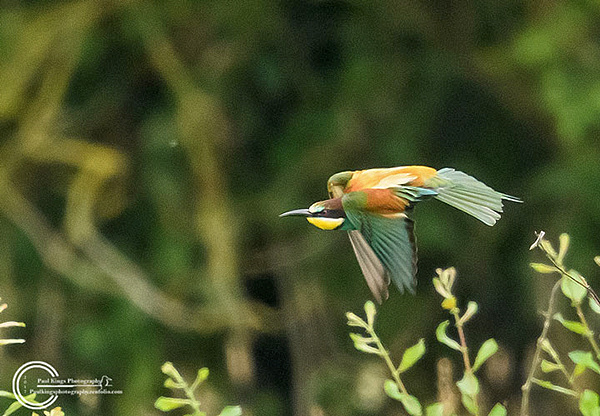 This was the start of a brilliant weekend. Always keeping an eye on the flight times of Butterflies, it was time for a few nice ones hopefully.

One that was wanted is the Purple Emperor,  So a trip to Northamptonshire to Fermyn Woods  was done, as it was the closest place to find them.

The morning broke with a fantastic sunrise, bright and very few clouds in the sky. So spirits were high.

Arriving to find the pay and display machine had been stolen!!! and a sign saying "get tickets at café", which did not open for around two and a half hours. Sod that, it was off we went, bit of blind leading the blind really , White Admiral was a good starter for the day. a record view of an Emperor and Purple Hairstreak  only, but we got the info of where the most likely spot might be and off we went.

There were a lot of Butterflies seen, Comma, Red Admiral, Silver-washed Fritillary, Small Skipper and Large Skipper, Purple Hairstreak, Ringlet, Meadow Brown, Small Heath, Green-veined White. Large White, Small White, Speckled Wood and White Admiral, just no Emperors. It was a long trudge back to the car for coffee and a re-think. the breeze was dropping and the clouds dispersing , a hurried lunch was had.

And back along the main track, with a lot of stops for various Butterflies. I glimpsed a movement in the old peripheral vision, which was a miracle in it self,,, and there on the floor in front of me was the target a beautiful Purple Emperor mineralising,  the sun was really showing the purple sheen on the upper wing beautifully. 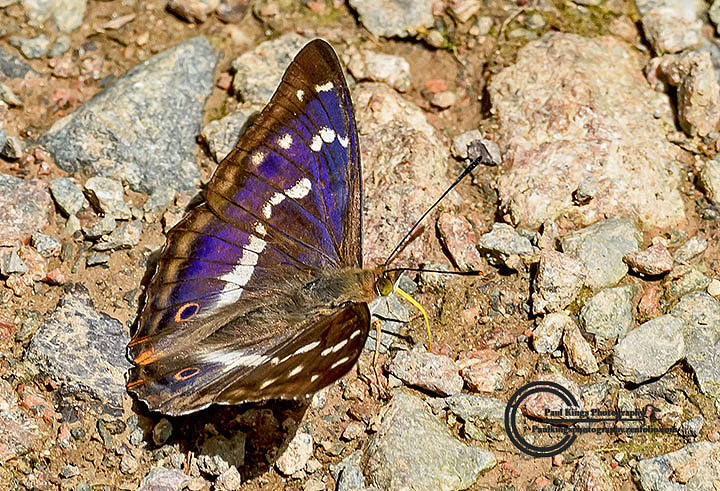 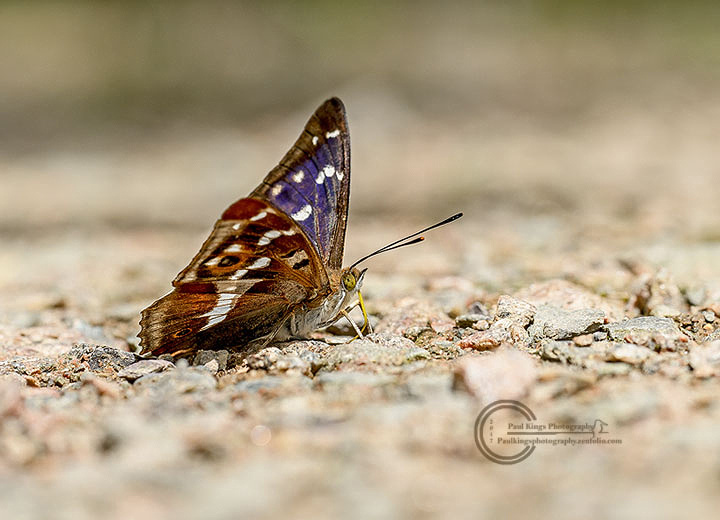 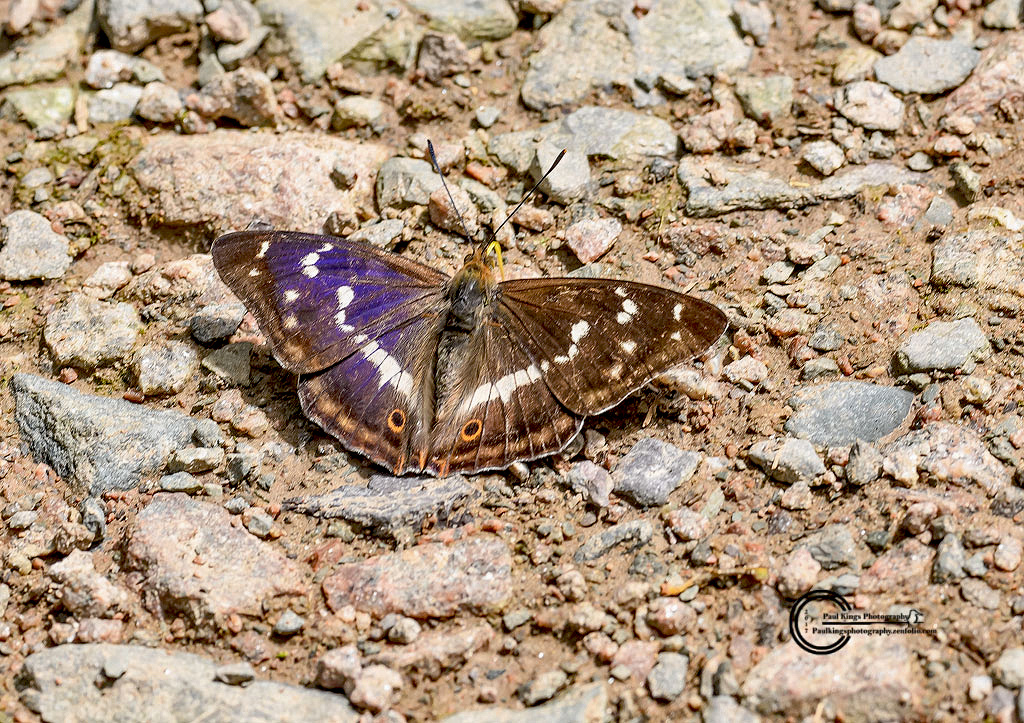 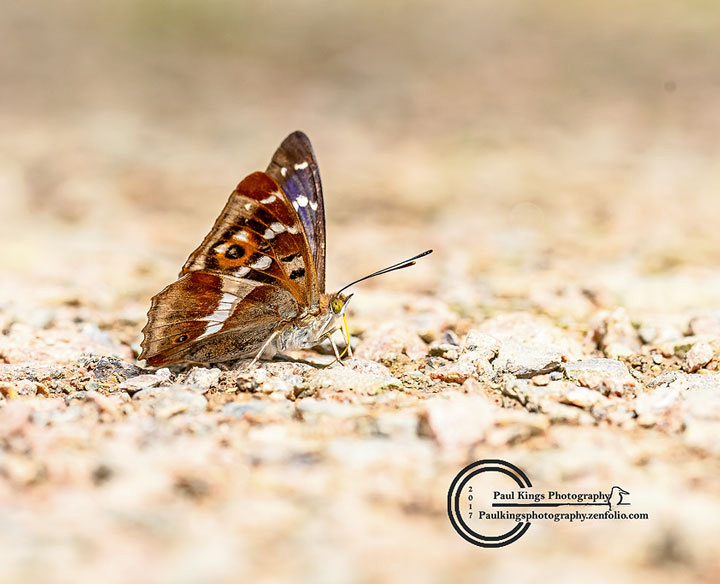 The underwing is spectacular.

And the Purple Hairstreak is just as spectacular when the sun gets on it. 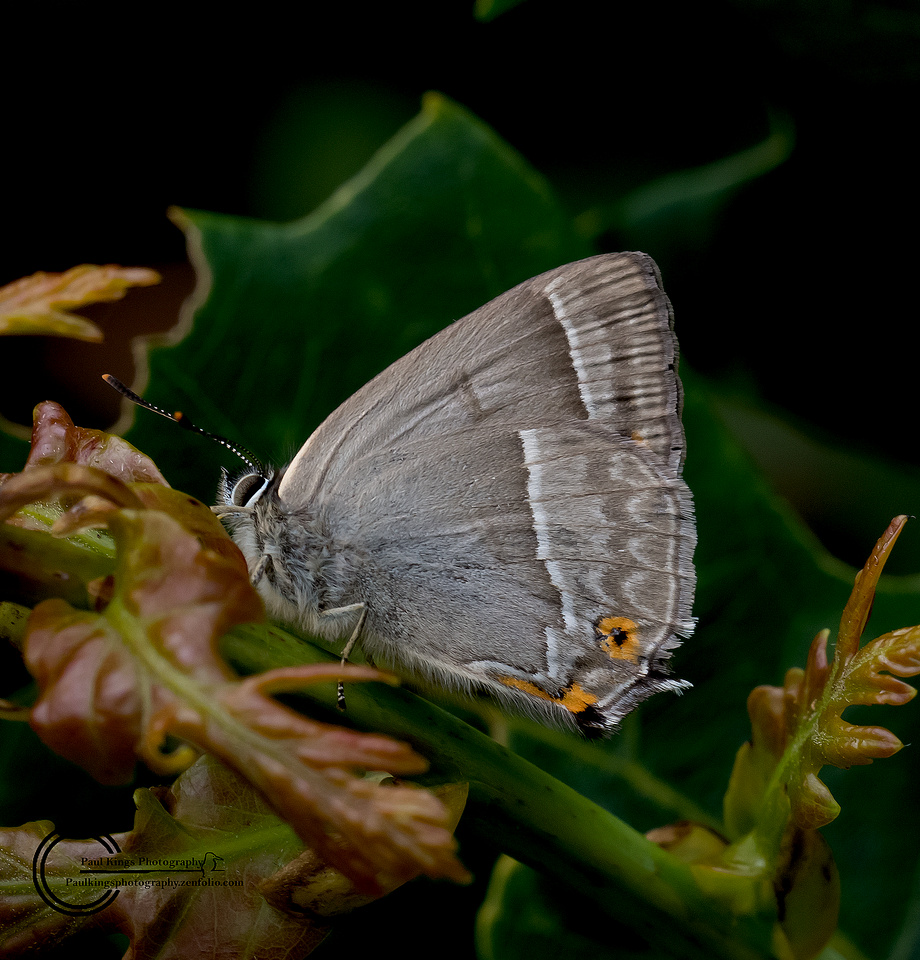 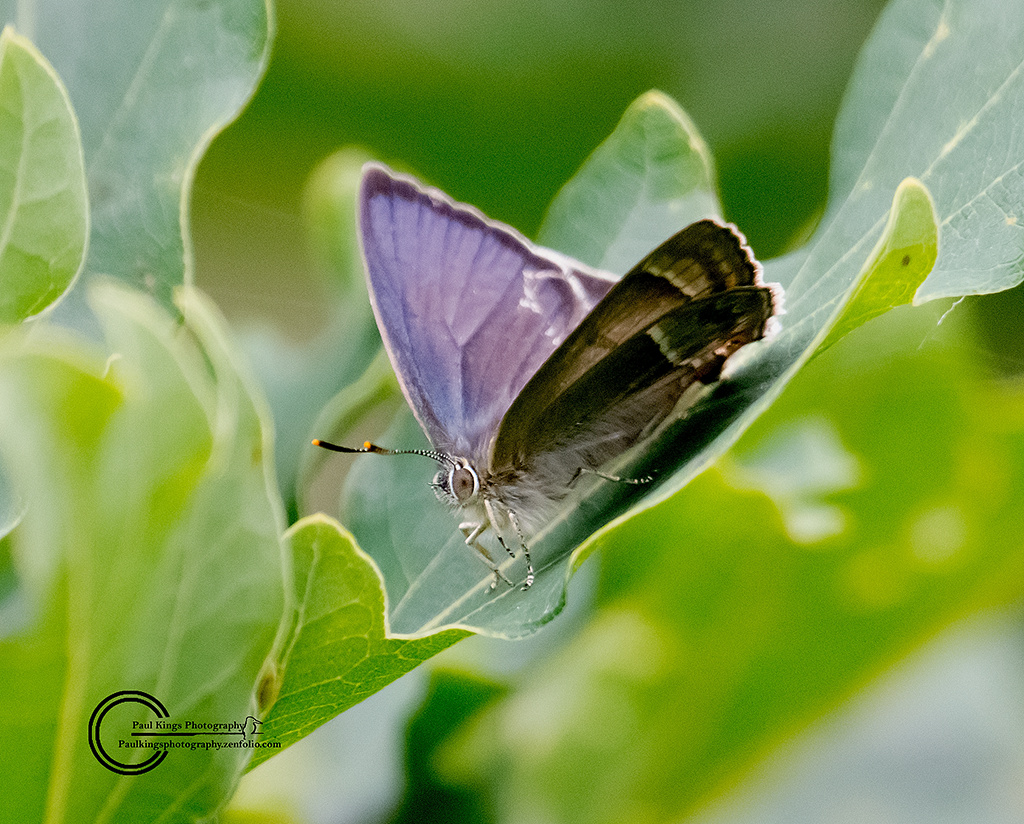 And the last for this 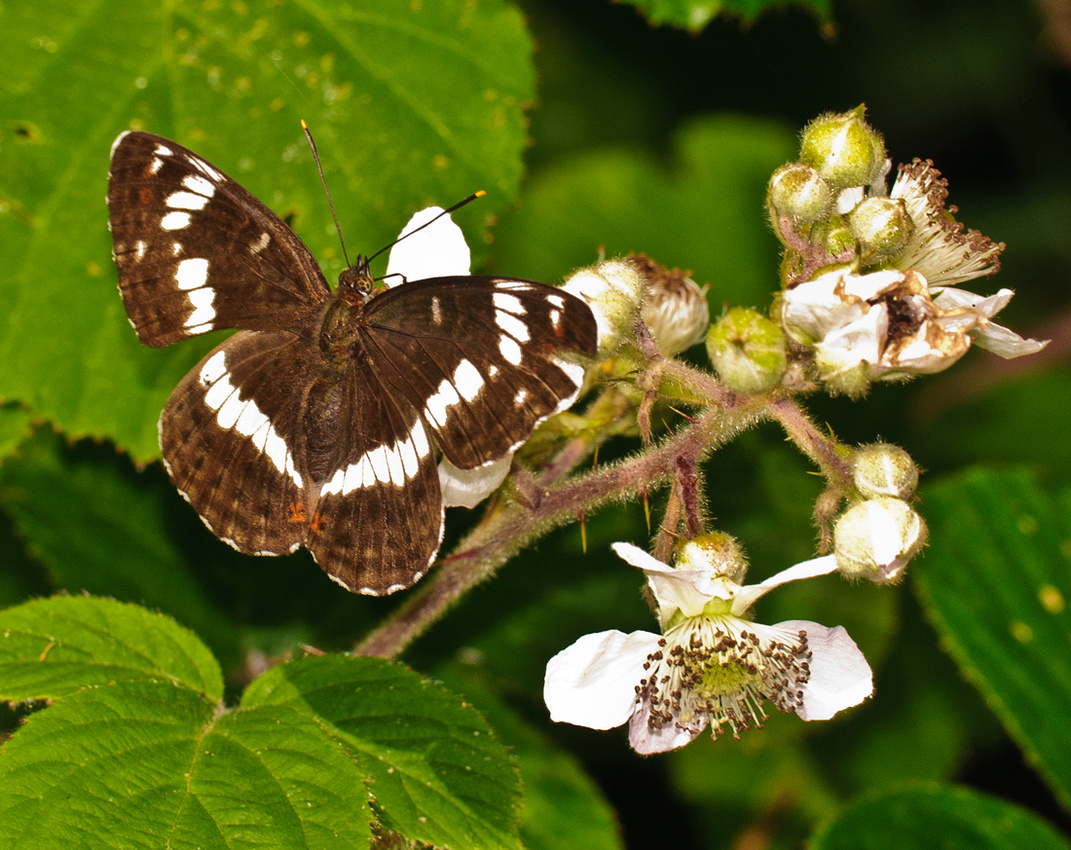 So a totally thrilling weekend a lot of miles but some reward! or what?

So there it is until the next time.

in the meantime go and enjoy some Nature

Gerry Atrick(non-registered)
Some stunning shots in there Paul well done and keep them coming.
No comments posted.
Loading...
Subscribe
RSS
Recent Posts
Adventures are made, and this one was Hand crafted! So whats new, exciting stuff!! The first trip out for 2021 Remisance ! Discarded masks ?? The Blues and Streaks 14 of March moved to lockdown,,, 06 of June still here , I just can't stop laughing ! latest predictive text "Corbyn 19" WHERE DOES TIME FLY TO ? .As it sure does fugit! How long before we all start quacking?
Keywords
migration Black Water White Flycatcher Shropshire Redstart Warbler Little bee
Archive
January February March April May June July August September October November December
© Paul-A-king-Photography
Powered by ZENFOLIO User Agreement
Cancel
Continue