At the end of the day the estuary took on a surreal look as the weak winter sun sank spreading some wonderful light over the low water of the Taw.

The idea of the day was to find and photograph the Spoonbills that kept getting reported around the marshes and salting's but, could I link up with them ? no! it was yesterday at so and so, or earlier at the other side!!! Well after observing a Waterrail for a while I got news that the Spoonbills had just flown into the RSPB reserve at Islay marsh, it was the end of the useable light, but I hoofed it down the Tarka trail for an opportunity to view and possibly get a few shots. 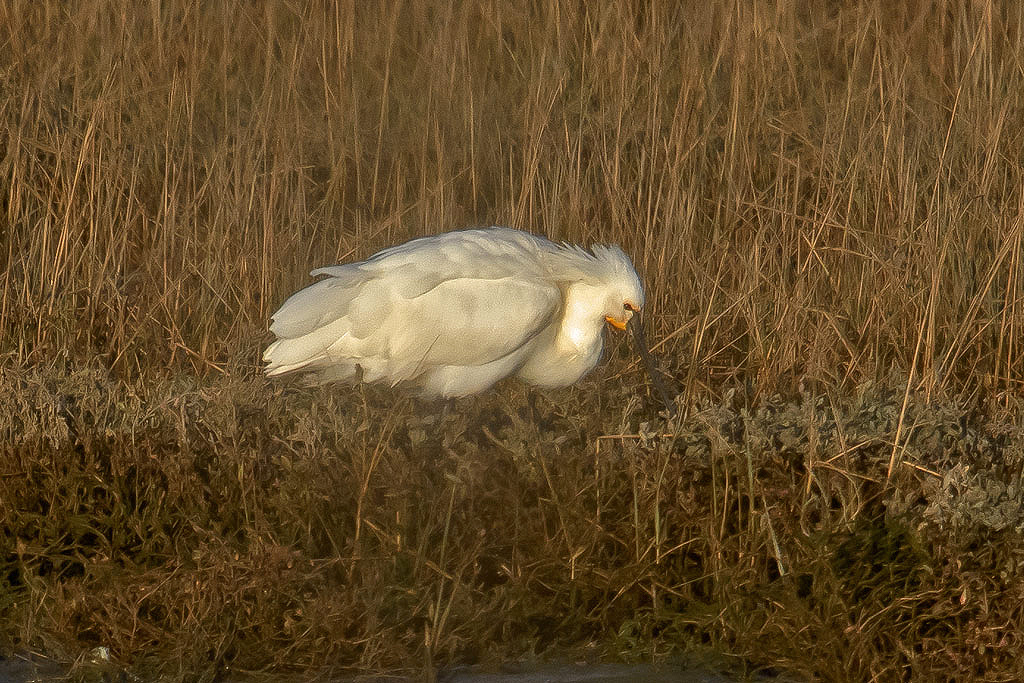 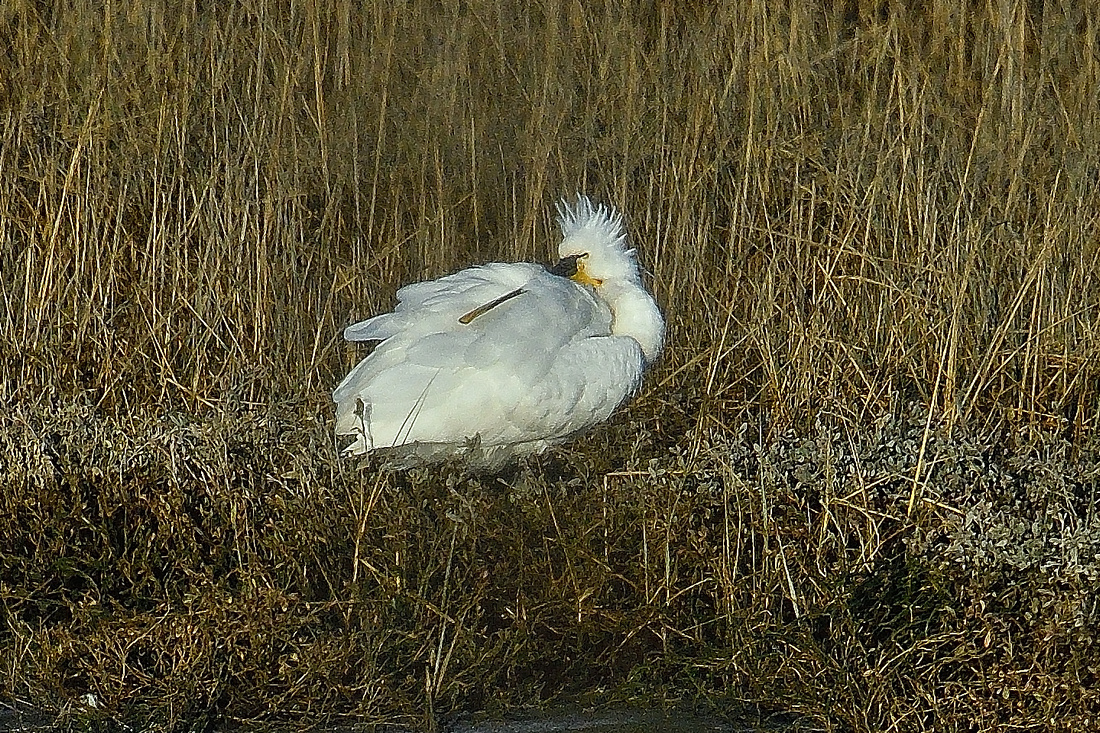 Whilst the rest (3) snuggled down against the wind and snow moving across the countryside, this one had a bit of a preen and move about to get the right position for a warmer snooze. Not a brilliant shot, but I was happy considering the conditions prevailing.

A few days earlier I was out on the Braunton Marsh hoping to catch sight of the Taig Bean Goose, and I was lucky to find it with some Mute swans , just a long way of, but the scene that unfolded in front of me was awesome.

The Mute Swans and the Bean Goose all moved to their right whilst concentrating on what ever was going on to their left. The Peregrine paused in the consumption of the Lapwing it had taken shortly before this shot, issued couple of screeches and the movement stopped.

This was what had them interested. A fine looking Fox as he casually strolled through the field. 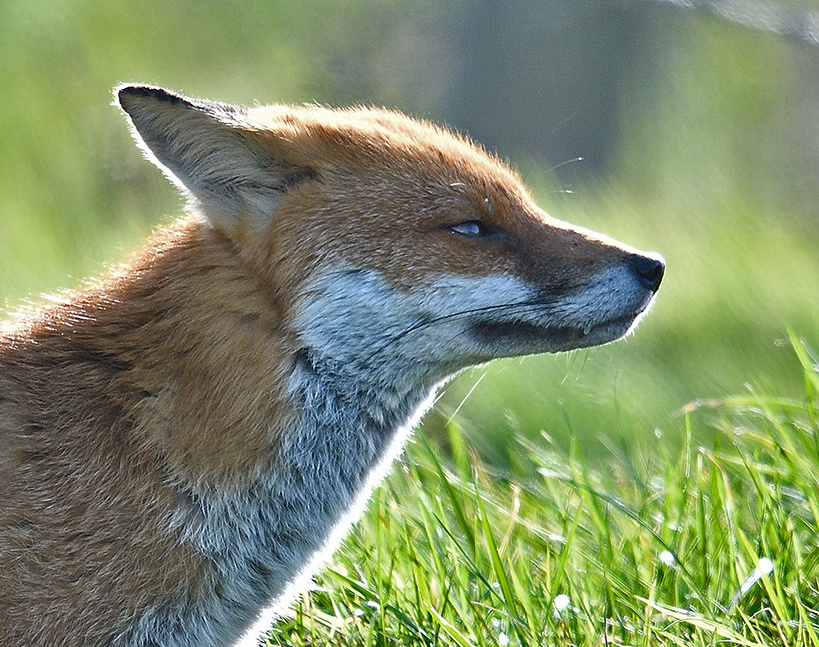 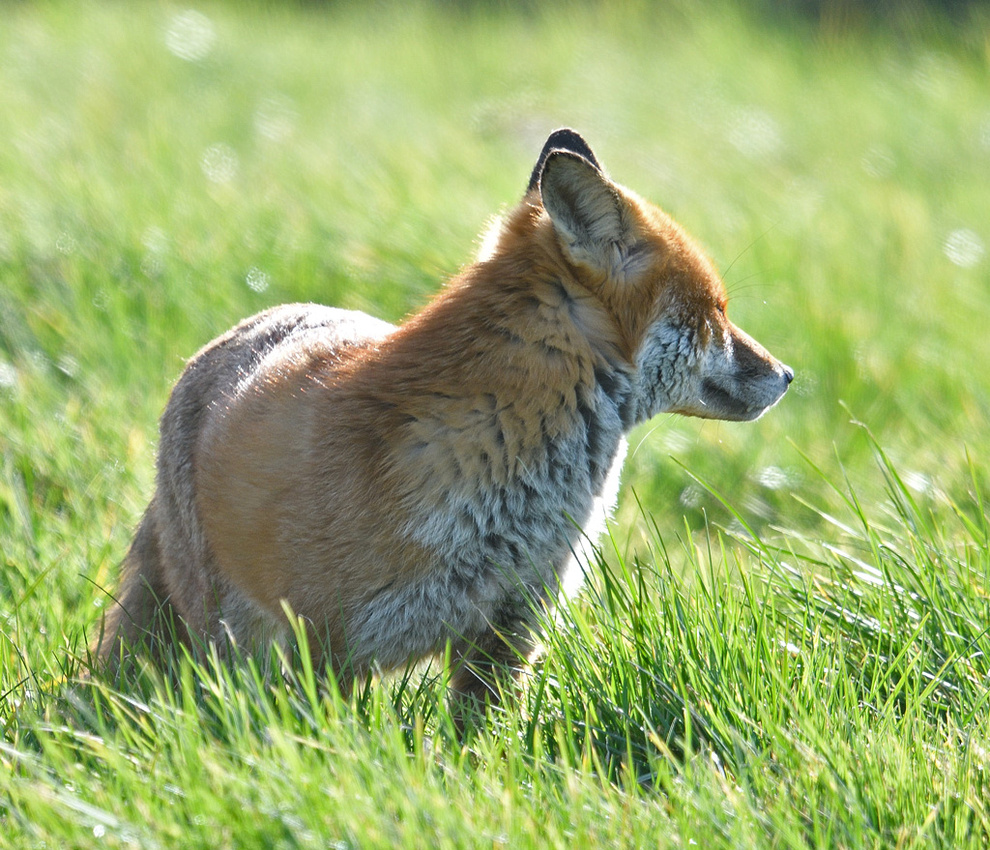 All in all a good couple of days down on the Marsh and Estuary with some cool birds, the Glossy Ibis still managed to elude me, whilst again it was reported as being on the Pill at Fremington